Police brutality and extortion have plagued many young Nigerians and frustrated many start-up businesses for years. In 2020, thousands of youths across the country held protests against police brutality and harassment, leading to promises by the government to reform the police system. Still, nearly two years later, young Nigerians continue to fall victim and lose businesses to the menace.

In September 2020, David Chukwu, 35, was travelling from Lagos in Nigeria’s southwest region to Anambra state, in the southeast, for his cousin’s wedding when he encountered the police. He had helped his cousin pick up a tuxedo for the wedding and wanted to deliver it ahead of the event. For security cover, he contracted a soldier to accompany him on the journey.

As they arrived at  Edo state, a team of men stopped their vehicle at a checkpoint. The men were not in uniform; the only indication that suggested they were police officers was a jacket with the inscription “police”.

“They were eight of them. We had an argument when they asked us to park for no specific reason, and I don’t know how the soldier and three policemen got into a fight, but they overpowered him,” Chukwu said.

Both men were bundled into a car by the security operatives, who proceeded to beat them up.

“They kept hitting me and asking how many banks I was using, dialling bank codes on my phone to confirm. They eventually found out that I had an Access bank app and asked me to open it,” he said.

Chukwu had less than N30,000 in the account, a financial status which enraged one of the officers who started hitting him afresh.

When he could not take the assault anymore, Chukwu resorted to calling friends on the phone, who loaned him the sum of N480,000. Then, they took him to a POS point at Benin bypass, where he withdrew the money and handed it over to the police officers.

Barely a month after this incident, thousands of youth across the country started a protest against police brutality and harassment.

Nigerian youth took their demonstration from social media to the streets in October 2020.  The protest gathered momentum and grew into what is now known as the ENDSARS protests.

While the protest was ongoing, several Nigerians shared their experiences of police brutality, similar to Chukwu’s. According to the human rights organisation Amnesty International, at least 12 people died during the protest.

The government had set up judicial panels of inquiry across the country to investigate abuses and issues of police brutality, but little progress has been recorded by way of prosecuting errant security operatives and compensating victims.

Over 2,500 petitions were submitted to the panels, and while Lagos paid N420 million in compensation to victims and N289 million awarded to 74 victims at the Abuja panel, many states did not comply.

Police harassment has continued despite the government’s promises of reforms.

Young people, including small-scale entrepreneurs like Mark Chuks, a resident of Owerri, Imo state, have been losing their livelihoods to police brutality.

In April 2022, more than a year after the ENDSARS protests, Chuks lost his job as a driver of a vehicle obtained through hire purchase due to police harassment. 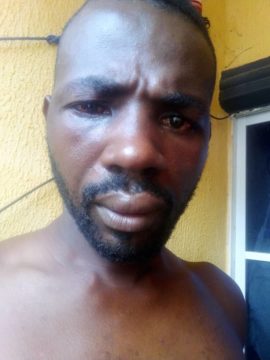 “I used to ride a Keke bus (minibus) here in Ihiagwa Poly, Owerri,” he recalled. “One day, I was going to drop passengers off towards Ihiagwa when a  container broke down on the road at Cherubim junction. So people were driving in turns using one way.”

“When it was my turn, I saw an eighteen-seater bus coming with speed, flashing lights at me. I was already in the middle of the road. It was just a normal bus, and I was wondering why they were coming towards me like that,” Chuks said.

The bus had no semblance of a police vehicle, and Chuks was unaware it was conveying security officials. Nevertheless, he said he had the right of way and maintained his position expecting the bus to grant him passage.

“We blocked each other, but I stopped for them to pass at some point. Then I went to offload passengers. Before I knew it, I saw them coming back. They were not in police uniforms.”

When they returned, the security operatives accused Chuks of obstructing an operation. So they beat him up and detained him at the Ihiagwa police station till the following day.

Upon regaining his freedom, however, Chucks fell ill from his beating. For a week after the incident, he could not work and did not remit any money to the vehicle owner, who retrieved it from him.

“It took a week to recover from the beating. I felt sick and couldn’t go out for one week. I could not work or meet my weekly target of N20,000. The vehicle owner came and collected his bus because I didn’t give him money,” he said.

Four months later, Chuks is yet to get another vehicle or job. The father of two has since relied on handouts from relatives and loans from fintech apps for survival.

Access to capital is another challenge entrepreneurs face in Nigeria, which is why Chuks relied on fintech loan sharks that often bully and trap their customers in debt.

Harassment and extortion by the police in Nigeria are worsening conditions for doing business in a country with an already high unemployment rate of 33 per cent.

According to a World Bank 2020 report, Nigeria ranks 131st out of 190 countries on the global Ease of Doing Business index. Although this is higher than its position at 146th in 2019, several factors, including government policies, forex and police brutality, currently frustrate businesses in  Nigeria.

Despite fast becoming significant job creators in Nigeria, youths in the technology sector are usually likely targets of the police in Nigeria.

Five months before Chuks’ encounter and in another part of Nigeria, an associate data analyst, Henry Ejiofor, had been brutalised and extorted by policemen.

In November 2021, Ejiofor travelled to Enugu from Owerri to pay for his international passport.

His friend, who owned a Toyota Venza, was also headed to Enugu for a wedding the same day, so Ejiofor joined him in the car.

They had just arrived at Awgu in Enugu state when some uniformed policemen flagged their vehicle to pull over. The men said they were on a stop-and-search mission.

“They saw my friend’s laptop and concluded that we were into cybercrime.”

The police officers did not open the laptop before labelling them fraudsters.

“They asked how we could afford that kind of car and dragged us to their office. Then, they forced us to pay N161,000 for no offence.

Following the incident, Ejiofor could not proceed to pay for his passport, which denied him the opportunity of travelling abroad. He told this reporter that he had developed a phobia for road trips in Nigeria, although his job requires him to travel a lot.

He now sticks to remote jobs, which limits his chances at work as a freelance data analyst.

Many other tech entrepreneurs have experienced similar encounters with the police in Nigeria.

In 2019, a software developer, Toni Astro, narrated his encounter with policemen in Lagos state.

Astro was labelled an internet fraudster and detained at a police station at Ogudu by policemen who accosted him in Ketu after identifying himself as a software developer and presenting his identity card.

The officials had demanded N1 million for his release, which he could not afford. As a result, he eventually had to part with half his savings, including funds for his ailing father’s treatment.

Following Astro’s experience, leaders in the Nigerian tech space had pushed a campaign against police brutality and extortion with the hashtag #StopRobbingUs. They also threatened a class suit against the police.

The police released a statement saying they had arrested four officers and three civilians concerning Astro’s case. But there has no end in sight to police brutality in the country. 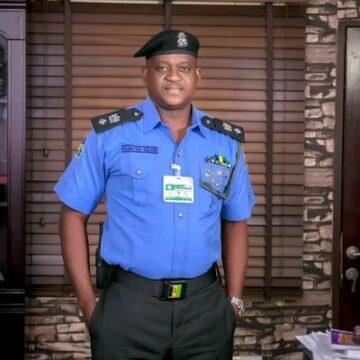 Force Public Relations Officer (FPRO) Olumuyiwa Adejobi, who spoke with this reporter, said the Police Act and Code of Conduct are already in place to deter officials from inappropriate behaviour.

“We have a rule, a code of conduct, and work within the province of an Act. And we have measures to always maintain discipline in the police as a controlled organisation,” Adejobi said.

He also noted that police officers are trained according to the Police Act, a violation of which attracts appropriate punishment, adding that the police authorities were committed to sustaining the standard of the Force.

“Every policeman has been trained to operate and act according to provisions of the law, so if anyone acts in gross violation of any of these,  the correctional and disciplinary measures and appropriate sanction will be meted on him or her.”

“There is punishment and reward; everyone deserves whichever he works for. But we will do the needful to uphold the standard of the NPF by all means,” he said.

Experts speak on solutions to curb the menace

With police brutality persisting across Nigeria, experts say citizens and officers of the police force should work together to build mutual trust.

In an interview with this reporter, security analyst Ben Okezie called for the need for policemen to be more responsible and careful, especially when dealing with Nigerian youth.

“On the part of the police, they are supposed to be more responsible, knowing fully well that they are guarded by the constitution and mandated to protect the citizens,” Okezie said.

He also called for the effectiveness of the Public Complaints Bureau desk of the police, saying citizens have the right to report cases of brutalisation to the desk for internal scrutiny.

Okezie further said that to bridge the gap of distrust between the police and citizens, there should be a constant reorientation of police officials to equip them on how to better interact with citizens.

“The police should do a lot of re-orientation. Most of these cases are found with the junior staff, and many are the problem. Most of them do not understand how to interact with public members. So there should be an internal, constant re-orientation.”

“If we don’t have a police force that members of the public can embrace, it will hamper the efficiency of the police. A civilian may see something go wrong and not want to say anything to the police to enable them to act.”

In his own words, Akin Fadeyi, a human rights activist and founder of the Akin Fadeyi Foundation, a not-for-profit organisation that focuses on human rights and sustainable development, harped on the need to embrace technological tools to curb police brutality.

He said his foundation had designed an app, otherwise known as FlagIt, for citizens to report cases of harassment, adding that they are working to ensure the police also embrace it.

“We have made several presentations to the immediate past leadership of the police to embrace the FlagIt App, especially as this would also be installed in their offices for real-time evidence against brutality and extortion.”

“When citizens also see there is a trusted App that mirrors their frustration, they will report on it, and because police are also able to monitor these reports, it would reduce the tendencies for sensational video recording that exposes the police to ridicule.”

*Support for this report was provided by the Centre for Journalism Innovation and Development (CJID Africa) and it is made possible through funding support from The Institute for War and Peace Reporting (IWPR).

Flight to UK from Poland is diverted to...

Rats eat 200kg of Cannabis seized by police from...

“If he only takes you out at night...

No woman owes you s3x just because you...

Woman arrested after police recovered her phone at...

@2021 - All Right Reserved. Designed and Developed by PenciDesign